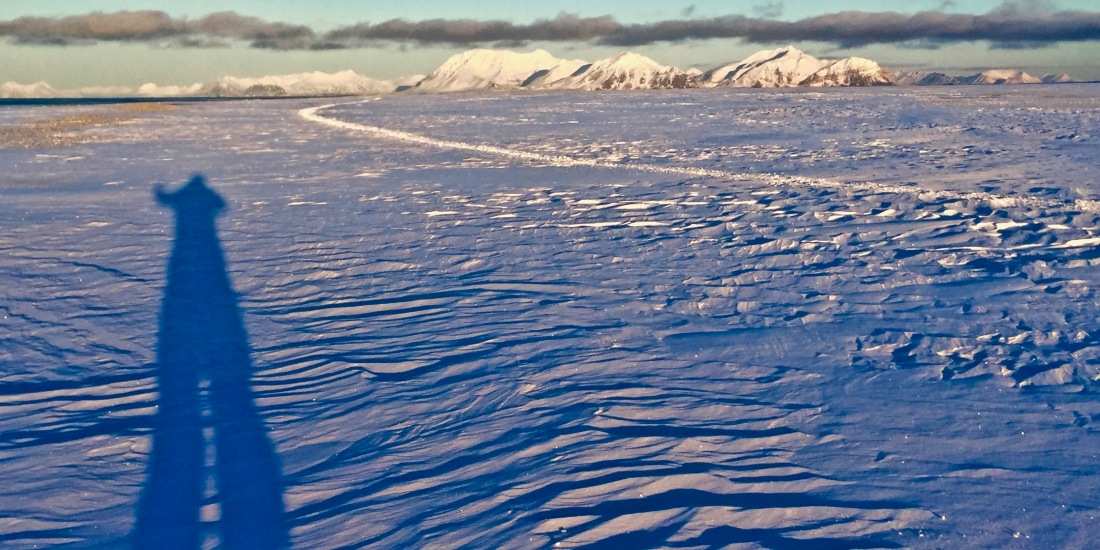 “…I must commence a destructive and almost endless journey across the mountainous ices of the ocean, amidst cold that few of the inhabitants could long endure and which I, the native of a genial and sunny climate, could not hope to survive.”

So says Victor Frankenstein in the final chapter of Mary Shelley’s fabled novel, as he journeys to the Arctic determined to track down the monster he created once and for all. I read that book for the first time when I was fifteen. Something about it stayed with me. The already thrilling chase was rendered more riveting by the setting. Frankenstein was prepared to go to the end of the Earth and endure anything the elements could hurl at him in order to fulfil his quest. When our protagonist exchanges his mode of transport for a sleigh fitted out to cross the pack ice sheets, the reader thinks: there is one very determined chap.

When I made it to the far north of the world, to Svalbard – an archipelago halfway between the northern tip of mainland Norway and the North Pole – I thought again of poor old Frankenstein. You see a similar hardiness/determination to achieve goals in the faces of Svalbard’s residents; a similar striving to do something the general populace simply does not understand (i.e. save the planet). Folks on Svalbard are invariably at the pinnacle of their professions, which is the only reason they were selected to come and work here at all in this most critically endangered part of the globe, the Arctic. Most of them are constantly locked in a battle not just to survive in such an extreme environment with all the challenges that poses, but also to salvage the sinking ship that is the polar region and, toughest of all, convince world leaders (many of whom still deny climate change) that it is a ship worth saving.

I dwelled on the ending of Frankenstein quite a lot when I was in Svalbard, anyway.  Frankenstein, of course, is eluded by his quarry in the Arctic murk and has to return, quest thwarted. Time will tell how scientists fare rescuing the planet from itself. For the moment, though, life on Svalbard is about this: saving the Earth, or finding out how to slow the rate of its self-destruction. A pretty damned important topic, and one that influences pretty much every facet of society up here. Even the banter in the bars is weighty.

Try as I might, I could not work the Frankenstein metaphor into what I wrote about Svalbard. The thing is with a place that is 60% glacier, the intense whiteness is akin to a blank sheet of paper. The imagination is compelled to jot something down when exposed to such a landscape. The longer the exposure to it, the more far-reaching the imaginings. It is a place that soon becomes a fertile breeding ground for thought. Even the Director of the Polar Institute told me he was reading a great deal of philosophy of late to help him better understand how the Arctic loomed large in the imagination…

I guess for me somewhere like Svalbard is still very much the blank sheet, the more so perhaps after having been there and realising how little of it will ever be seen or understood. I have a feeling I am going to be writing far more on it. For now, here is my feature on the islands for Rough Guides (complete with some of my own photography):

Existence at the Extremities

More on my Photography