On a chilly winter afternoon in Croydon in 2012, I picked up a battered copy of the Economist Christmas special on the back seat of a tram and it changed my life. There was a small piece on unsung heroes. One of these was the flamboyant 16th century adventurer Anthony Knivet, who after being abandoned by his crew on the hostile coastline of Brazil in 1591 ends up spending the ensuing years living with the various cannibalistic indigenous tribes of Amazonian and Andean South America. But Knivet’s aim goes far beyond peaceful co-existence. He strives to unite the tribes and lead them into battle against the Portuguese to take back Brazil for its native people. The article struck a chord with me. Knivet had, at the time, all but faded from the pages of history. So I decided to write his story. And the result was Roebuck – Tales of an Admirable Adventurer.

Anthony Knivet, as a historical figure, is of importance for several reasons. His first-hand accounts, preserved to this day in a yellowing but spectacular manuscript in the British Library, offer unique insights into one of the earliest attempted circumnavigations of the globe, and capture a picture of South America’s tribes before the majority were completely obliterated following the arrival of Europeans on the continent. No outsider, until the mid-20th century, is thought to have spent as long living with the indigenous people of the Amazon rainforest. His account, too, is the earliest written record from a common crewman (as opposed to a general or officer) aboard a sailing ship in the Age of Discovery, so his stories are far grittier and sprightlier as a result. 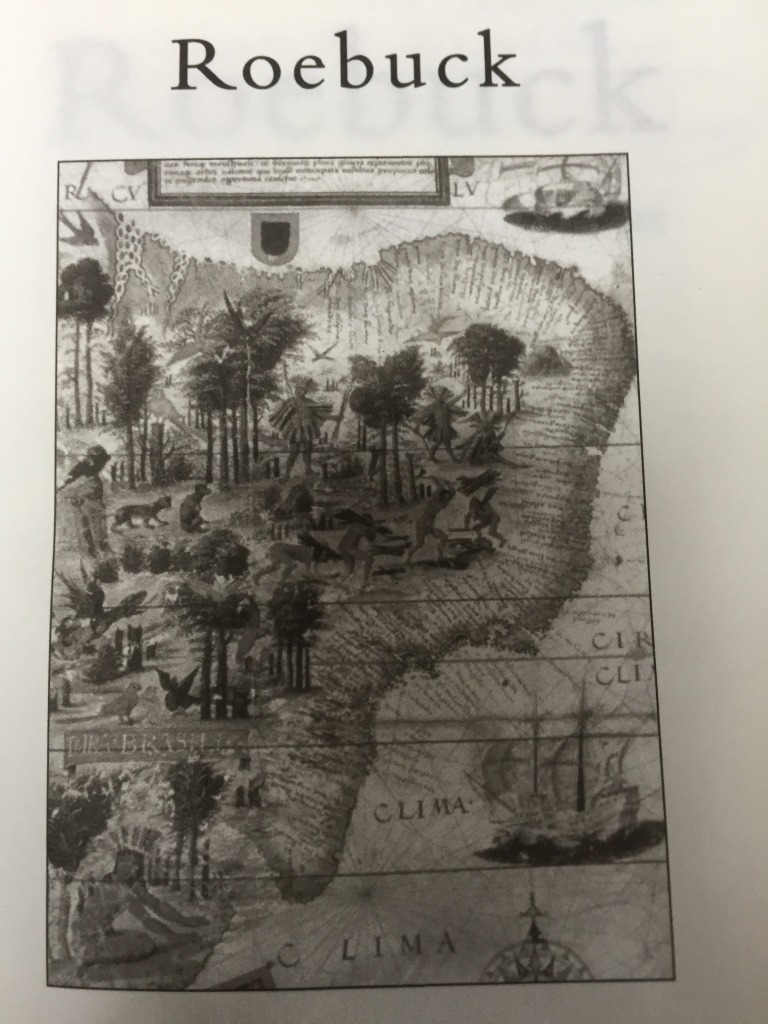 But Roebuck – Tales of an Admirable Adventurer is not just of interest for these historical firsts. It is a rollicking good romp narrated by one of history’s most charismatic adventurers and based on his own (admittedly somewhat depraved) testimony of 1625. Knivet gets into scrapes with everyone from the explorer Thomas Cavendish, on whose ship he initially sails for the New World, to the Governor of the fledgling city of Rio de Janeiro and the Kings of numerous Amazonian tribes. Yet encounters with torture, death and cannibalism do not prevent him striving to make a mark in the New World… perhaps the greatest mark of all. For Knivet is a man who would be King…

Buy Roebuck – Tales of an Admirable Adventurer from Amazon and see why other readers highly rate this novel.

Interview with: Go-Eat-Do (on Roebuck and what comes after)

Interview with: the A Lover of Books blog

Interview With: A Writer of History

How to Get Your Hands on a Copy of Roebuck

Bridging the Gaps: Overcoming the Obstacles of Historical Fiction – article for Writing.ie

Roebuck Just Off the Press!

Going Swimmingly: Roebuck Featured on Squid Inc – With the Opening Chapter to Read

Roebuck is Coming Together!